London Is Calling… But I’m Not Picking Up 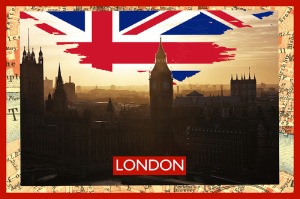 I don’t know why, but it hasn’t fully sunk in yet that I’m headed to London tomorrow. I feel like I should be so much more excited- it’s my favorite city in the world after all, and I haven’t set foot in my beloved town in nearly four years. Shouldn’t I be rocking out the the Beatles in my Burberry stockings while waving a Union Jack right now?

It’s probably my pesky fear of flying. When buying plane tickets I specifically chose to go out of Los Angeles rather than San Diego. The latter is much closer to my house, but landing there is absolutely terrifying. I also payed the extra hundred dollars to ensure I got a direct flight (did you know that you up your chances of being in a crash if you opt for layovers??). Then I picked an aisle seat closest to an emergency exit- which ended up being at the back of the plane, right above the loud engine. Screw comfort during a ten-hour flight, I just want to survive it!

I know I sound crazy. I know after years of flying around the world I should be fine with it. But wait, my fear gets stranger: I actually have become more terrified of planes the more I’ve flown. It’s something to do with statistics; part of me thinks that the more I fly, the more likely I’m going to end up incinerated in a massive crash. And yes, I’ve actually looked up the statistics to see how likely I am to be in said crash based on the number of flights I’ve been on. It didn’t make me feel any better.

In fact, Florence + The Machine is the only thing that comforts me when I’m at 30,000 feet. I’ve considered getting some tranquilizer from the doctor or drinking, but decided I’d rather be white-knuckling it for ten hours rather than actually be in a crash and be too drugged up to be able to save myself. I can’t really think of any other ideas to comfort myself, other than meditating, which is out of the question when my stomach is churning that much.

So if anyone out there has any ideas for me to try tomorrow, I would really like to hear them. Whoever thinks of something that works will get a virtual bear hug from me and shout-out in my next post 🙂

Anyway, that was a bit of a pointless ramble. I was planning on explaining the reason for my visit to the good ‘ol UK and talk about shamanism (I promise the two are connected).

I’ll try to get into that while I’m waiting at LAX tomorrow 🙂 Thank God for their free wireless.