There are some benefits to losing your job due to school closure. For example, you can stay up to all ungodly hours of the night, stalking your apartment like a vampire (added plus: your dog will have a new — albeit horrified — respect for you). Another benefit is the long, schedule-free weeks that stretch ahead of you. An expanse of nothingness with no end and no beginning and–

Maybe this is how Lovecraft felt. Anyway, in the week since I’ve been unemployed, I’ve rediscovered my love for all things cosplay. It started with necessity: Now that I was without a job, I had the opportunity to be an extra on the set of Con Man Season 2. This required, obviously, a costume.

And Felicia Day was almost certain to be there.

This was my moment to shine. I’d always dreamt of being friends with this girl. I mean, she’s not only an actress, but a producer, gamer and (most importantly) brilliant writer. She’s the Queen of Nerds, for crying out loud! We’re BFF soul mates and we need to meet. Think of the awesome things we could create together!

So I crafted the most diabolical cosplay of my life:

A little backstory: in Con Man Season 1, Felicia’s character wears the same clothes as her idol, Wray Nerely (played by Alan Tudyk, the ultimate leaf on the wind).

So, clearly I needed to dress like her while on the set of Con Man. Cosplay inception! Cos-ception?

What better way to do it than cosplay her avatar in The Guild??

And so my week of sewing began.

Now, you should know from the start that I’ve never taken a sewing class in my life. Patterns terrify me. But I’ve managed to craft some pretty decent outfits in my day. I figured this one would be a piece of cake. (Cue foreshadowing high-string note).

I began my adventure at Hobby Lobby, the store that has everything I ever need in life. I collected the necessities: fabric, ribbon, sheets of crafting foam, rhinestones, and various pretty things.

I’d already ordered a cheap red corset online. Last time I attempted a corset I was in the 6th grade. It ended — well, I don’t sew corsets right now. So I cheated a little, tiny bit.

Anyway, I decided to start my journey the official way — you know, with photos of my progress so that other cosplayers could follow along! (Strings grow ever higher)

I bought a super cheap plastic ornament for Codex’s staff and figured I’d paint it green: 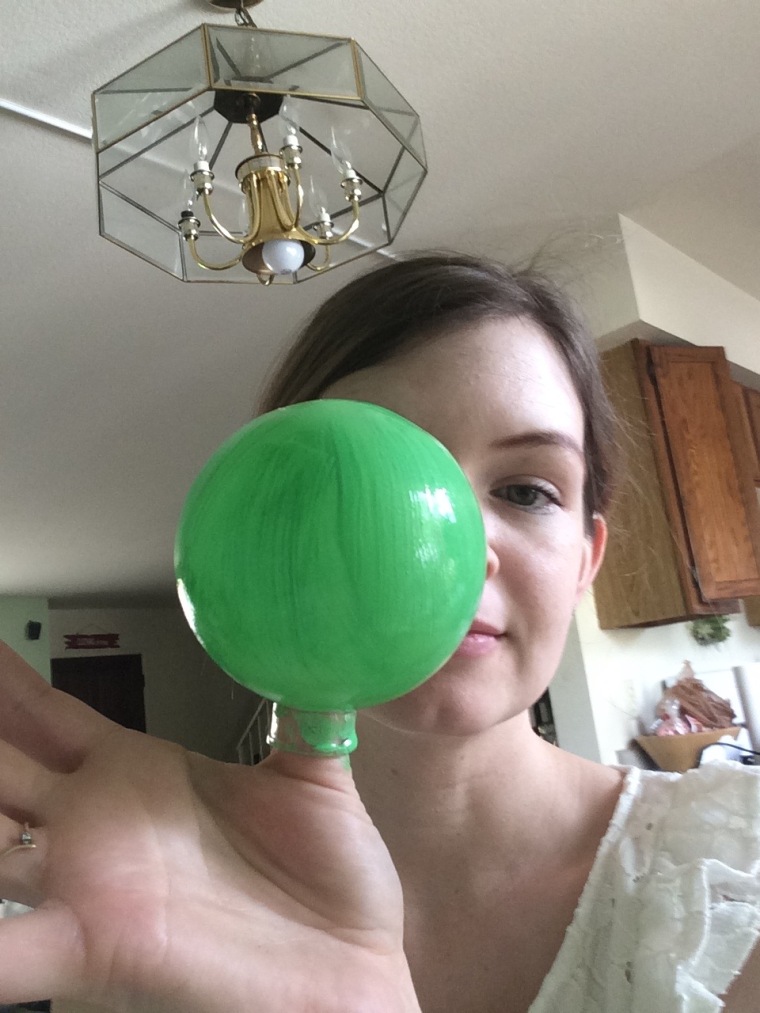 Next came the shoulder pads. I cut out crafting foam and lined it (lined? is that the right verb?) with white cotton. Then I hemmed it with gold wire ribbon.

Note for Future Me: Never use wire ribbon on anything that will be touching your bare skin. 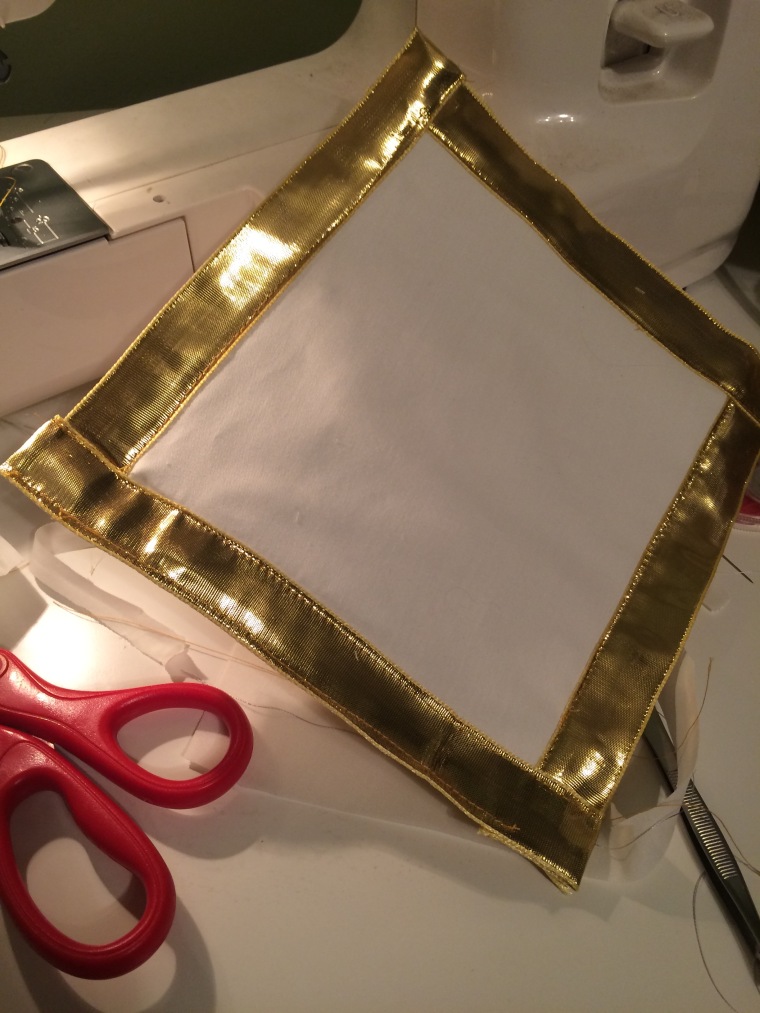 Easily fixable though, and with more oomph to it now! (I folded it and sewed the evil gold ribbon pieces together).

This was around the time that things got difficult. The skirt wasn’t falling the right way, my bra didn’t fit correctly, and that freaking gold ribbon was cutting me up like it thought it was Alpha and I was Whiskey. (Please, someone get the reference!)

And then, I broke the sewing machine’s needle. I stopped taking photos at this juncture.

Ashamed, I went to Forever 21 and found a cheap white skirt. I began using the sewing machine less and my own two hands more.

After a few late nights in which I began questioning my sanity, I finally mustered the courage to take a few more photos:

The bracers weren’t as difficult as I thought they’d be. Sure, remembering how to hammer the grommets wasn’t fun (6th grade corset-making flashbacks). But after a few choice words and swollen thumbs, I managed to figure it all out again!

Pictured below: The bra, one of the bracers and the front of Codex’s corset. As you can see by the lighter gold lining on the busk portion, I had finally discovered the beauty that is hem tape.

The rest of the process was more of a nightmarish haze that I can’t quite pin down. There were paint splatters and needles falling everywhere. Hot glue burns. I think at one point I began hallucinating a noble wolf, sent from my ancestors to warn me that I hadn’t yet eaten my cake that day. The wolf was probably just this guy: 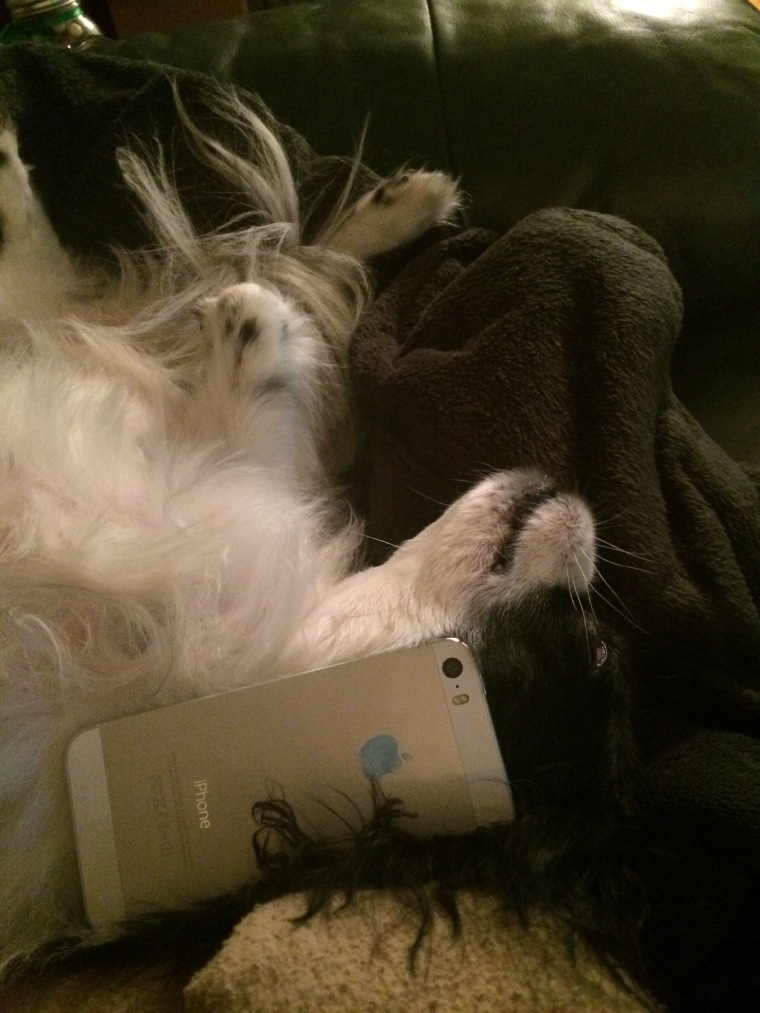 Anyway, I pretty much failed at creating a decent, blog-style narration of my cosplay adventure. But hey, it’s my first real one! I was bound to be a noob about it.

I did end up going to Con Man as Codex. The other extras, who were also cosplayers, seemed to approve. A few people even asked for my photo, which gives me hope for my upcoming endeavors at Comic Con.

And I found Felicia Day’s Geek & Sundry booth on the set!

But she wasn’t there. We never met. My BFF goals slowly faded into the background, like so many dreams do. Alas, there is Comic Con.

I will end with one last (only?) piece of advice for cosplaying Codex: make sure you wave your staff at Nathan Fillion. It makes life good.